‘I ain’t no Kendall Jenner but I’m a black muslim girl from east london that’s about to finesse the modelling industry’ wrote Shahira Yusuf on Twitter back in November. Born in Somalia and hailing from East London, the 20 year old’s statement has since been retweeted almost 60,000 times, making her entrance into the fashion world one of the most hyped this year.

It’s no secret that fashion has historically failed on diversity, but with Edward Enninful at the helm of British Vogue, 2018 might be the year in which the seismic shifts that need to happen finally do. Entering the industry at this febrile time, Shahira’s energy and passion for ensuring proper representation is an exciting harbinger for what’s to come.

We caught up with Shahira to talk about diversity, role models and breaking into the London fashion scene.

Culture Trip: How did you get into modelling, and what did you find interesting about it?

Shahira Yusuf: I was scouted at 17 but initially I didn’t consider modelling. At 20 I finally built up the courage to try it out, and decided to visit Storm. For someone who hadn’t initially had an interest in fashion, what attracted me to fashion was the amazing opportunities. I’m glad I have the opportunity to do something that allows me to represent not only myself, but to represent diversity.

CT: Your tweet went viral – what do you perceive to be the main challenges facing the industry in terms of diversity and inclusivity?

SY: Prior to being a model, I assumed the industry wasn’t at all inclusive. However now having some experience, I feel that the modelling industry tries, I honestly do. Do I feel that the industry could try even harder for a shot at equal representation? Yes, I do. I’d like to see the industry look exactly like if I were to walk down the streets of London in terms of ethnic diversity. I no longer feel like there should be a need to address diversity, in this day and age. The world is made up of over a hundred nations, we come from all walks of life. Diversity in the fashion and modelling industry should not be an option, it should be necessary. If the industry’s aim is to flourish, inclusiveness should be the basis.

For instance, I don’t feel it’s right for designers and/or companies to hire a majority of non-Muslim women to model modest Islamic clothing. There are many Muslim women willing to represent themselves. Find them. Or when West African or East Asian clothing is being modelled, you have to consider the roots of the cultural clothing/items and use models from that particular country/region. That’s not to say people from other ethnicities cannot wear the clothing, but if I’m watching a runway and that’s been inspired by a particular culture, I expect to see models from that culture dominating the runway, representing their roots to the fullest extent.

CT: Who were your role models in fashion growing up?

Iman is certainly someone I can relate to, being from the same ethnic background. In terms of her branching out and dominating the fashion and beauty scene and building her legacy, I definitely was drawn to her. As for Tyra, I grew up watching many seasons of ANTM and also her talk show. I’d probably say there was no-one I was more engaged with in the fashion scene more than Tyra. I certainly loved Tyra growing up, she’s the whole package. Naomi, well honestly there’s no need for me to even explain this one.

All three models are incredible women that are worth looking to in terms of success in the fashion industry. They paved the way for diversity and if it wasn’t for them it’s highly likely that I wouldn’t be modelling today. 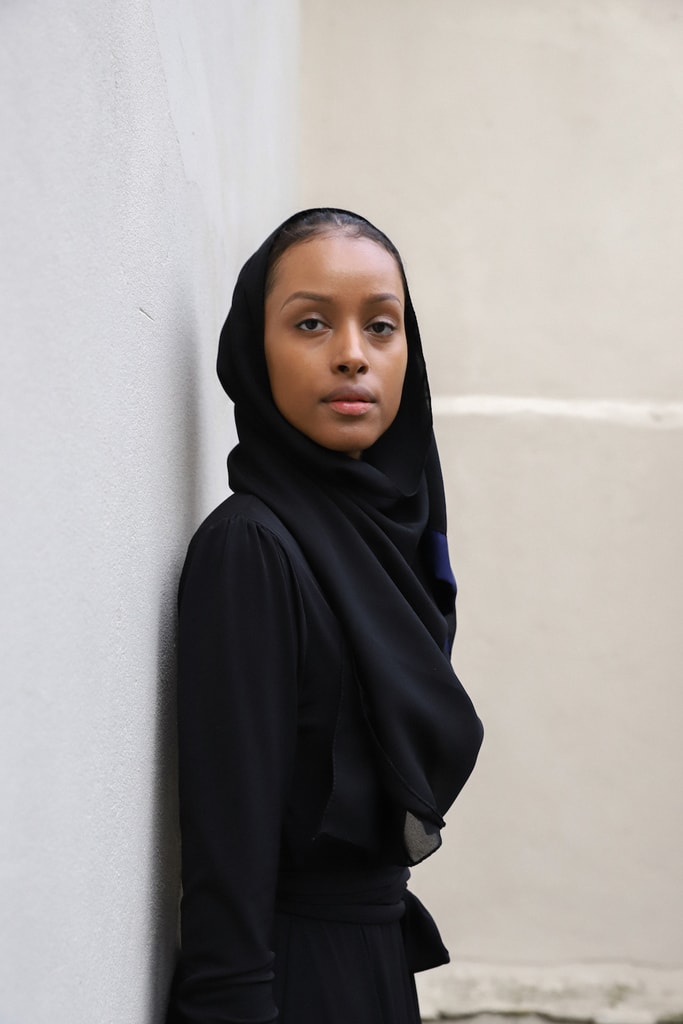 CT: What were your frustrations with the industry before going into it, and how do you want to participate in shaping it going forward?

SY: My main frustration was the lack of diversity, and I’ve realised there’s more of an effort in inclusiveness being made by smaller companies in comparison to established, household names. This is quite disappointing. Most well known designers and companies love to express how they’re inspired by different cultures, yet if you watch a runway of most of the well established names, you’ll only find a couple or at most 3–5 ethnic models.

To me, that’s unfair. If you really believe in diversity, prove it. You cannot simply say that you’re inspired by different cultures yet turn around and rarely choose people of different cultures to represent you. It’s contradictory and although it’s continuously addressed, there’s not been a huge effort to make a direct change.

It really isn’t even about me, I just feel that there’s so much beauty around the world for the industry to be painted over by one coloured brush. We don’t all appear the same, so why create that false idealism? There’s no such thing as universal beauty standards, the world realises this, and it’s time the fashion industry stopped enforcing something that’s deemed as unrealistic.

A lot of times, the modelling industry is stereotypically viewed as superficial for these reasons. There’s so much more to modelling than what meets the eye, complete inclusiveness will prove modelling is not only ‘skin deep’.

CT: Do you think there is space for fashion to be a medium for activism and actual change?

SY: I do believe the fashion industry holds the potential to make a huge shift in society and for the better. In fact, I think it’s underestimated how impactful the industry really is. Many designers, companies and models have the ability to use their platform to make a change – and I mean a real change. It’s so easy to distance yourself from what’s going on in the world, but once you do, you’re losing sight of the bigger picture.

I think people should start by firstly acknowledging their surroundings as you cannot be out of touch with reality. Then set out ideas of what you’d like to see in the world in terms of improvements and how you could contribute to making that happen. I always say, no matter how big or small your platform is, use it for the better. It makes everything more worthwhile. Ultimately, it’s the intention that matters.

CT: What have been the most powerful images you’ve seen in fashion recently?

SY: Probably Adwoa Aboah as the cover star for Edward Enninful’s first edition of British Vogue. Extremely captivating. I loved the cover, and everything about it screams excellence. Rihanna’s Fenty cosmetic campaign was also powerful. It was the key defining beauty campaign of the year, I personally feel. An amazing representation of diversity.

CT: You recently signed to Storm. How have you found the London fashion scene?

SY: the best word I could use to describe it is, evolving. I feel like the fashion scene is always evolving, nevertheless I’m very much enjoying myself and in the little time that I’ve been modelling, I’ve had some cool experiences!

SY: I’m looking forward to doing more photoshoots, I’m also hoping to do some runway shows. I’m extremely ambitious and see myself only ever improving. As someone who loves experiencing new places and going on adventures, I’d also love to do some traveling.

A version of this article was originally published on Culture Trip.